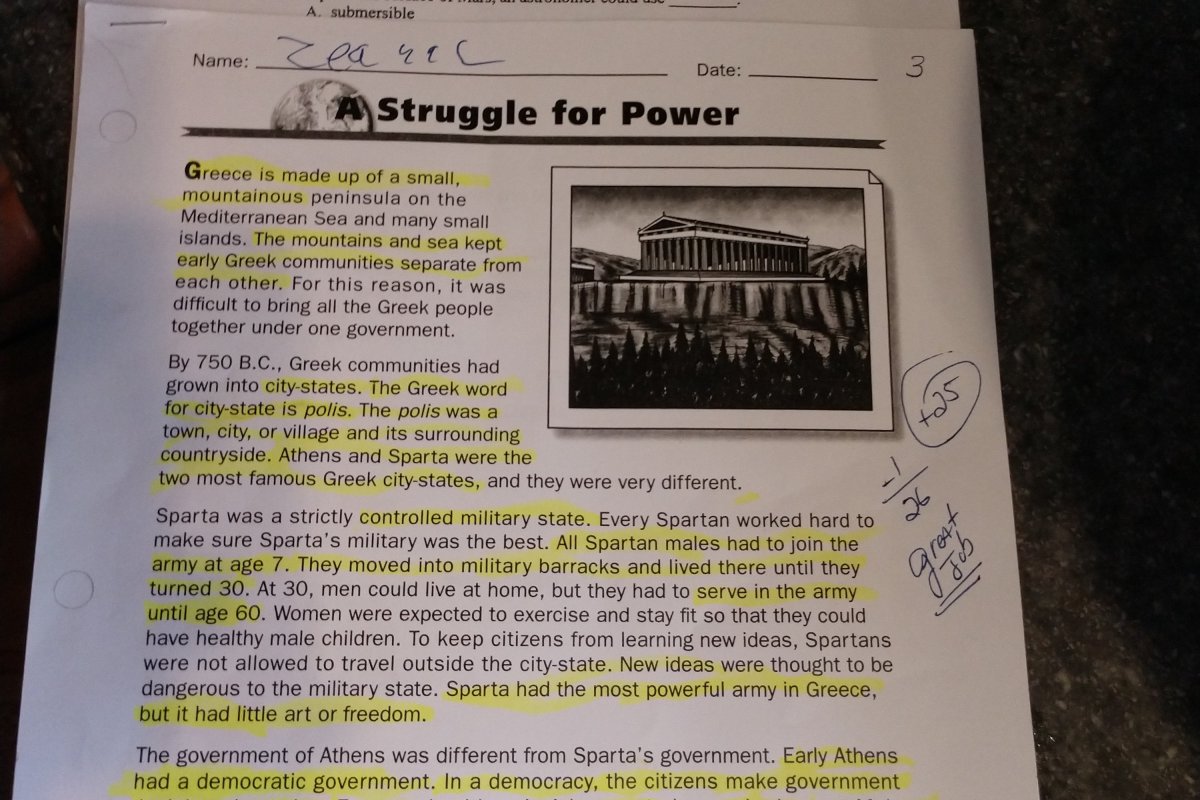 Yep just what it says..

Zeq walked out of school today pretty excited and holding some white papers.

Thinking probably just his behavior chart. Nope it was two tests that he had taken.

One was in Earth science and the other was in history. He was like mom here look. They are my tests I said ok, before getting to look he said mom I got 2 As. That’s good huh?!?! I said that’s really good.

He goes on to tell me even before looking still he missed one question but perhaps it is still good right?!? His words not mine. But I told him how good it was.

You know through his schooling, it’s been a battle, and I mean an absolute battle. From IEPs to aides, to tests, and lunches you name it we have battled.

He has worked really hard to get those As in the past and they have always eluded him. Not today he finally got not one, but two of them. Goes to show the difference high school has made. He has smaller class sizes, an aide, to staff who actually care. He has had good behavior charts, he actively is starting to participate openly in his classes, he gets really excited when he wins a game, or gets to go to the school store.

We have really waited forever for this kind of year.

So needless to say I am super proud of these two A’s not because they are As, but because he was so excited about them.

School will come and go and eventually. It’s the little things in life as these two A’s that make a difference. Will he remember these two tests, absolutely not. But I will remember everyday for the rest of my life how excited he was today about a test.

Will have some exciting things in near future for this site, well exciting for us maybe not for everyone.

P.s. the picture of him he looks really grown