Sometimes in life we get caught up, whether it be day to day mundane, whether it be the hustle and bustle of holidays, or maybe summer time sports. Sometimes we forget what is important because we are to busy.

This Christmas we made some homemade gifts for my mom, my brother did as well. My brother made all kids something and so did my mom. Zeq received a handmade treasure chest toy box with real pirate lock with olden time lock as he called it. Zeqs face lit up when his uncle brought it through the door, he said who’s that treasure chest for. Once he found out it was his he was very excited. When as what he was going to put into it. He said one of two things.. gold coins(plastic party favor ones) or fallout stuff. Let’s hope for the later.. because we will need a lot of coins.

The other thing he received that night was a handmade clock from his sweetie pie and pap pap. It wasnt just a clock but it was a fallout clock with real nuka cola bottle caps on it. He opened that box and his face was beaming. He is still choosing the perfect place for it. Because he wants to be able to look at it.

You see by all means Zeq loves his xbox and his games he got. But these 2 gifts were very special to him. He may not understand a ton of things. But he did and does understand that they took the time(he says a lot of time) to make these just for him. These two gifts are invaluable to him. He will treasures these always. Even though his uncle wasnt happy with way box came out it is perfect to Zeq. Nothing or no money can replace these to him. If a game breaks he can get a new one.

But this treasure chest and that clock can not be replaced.

I think sometimes in life people tend to forget the genuineness of a hand made gift. They forget how much time, effort and love that goes into it. Some would rather store bought this and that. But there are those myself included as well as Zeq to see the beauty and incredibleness that is in each one of these gifts. Because someone took the time out of their day to make something just for them, and thought of them to do so. We often forget that, that means more than any amount of money could ever buy.

We enjoyed them so much that this may become a tradition.

Tomorrow will be here, and tomorrow will go just like today. It’s what we make of each day that is what is important. Your day to day lays a path for your month to month, it directs and redirects for your year to year. It is the steps in which you take to forge a future.

It determines your adventures you get to have on your journey.

I am thankful today and everyday for opportunity to make hand made gifts, and to be able to make and share these memories that will last a life time. I smiled thinking of how many gold coins it will take to fill this chest because I know that is what he will chose.

Did you smile today, did you write a new chapter? Were you thankful for atleast one small thing? 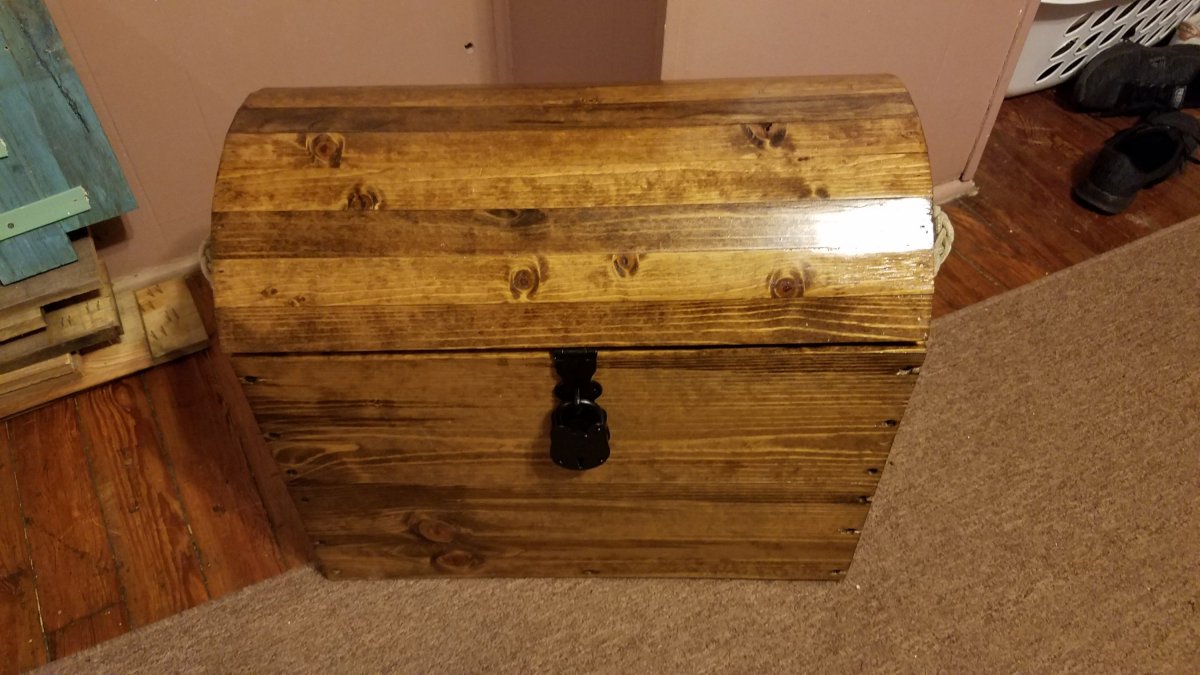