And bingo was his name o…

Today was a day, kids had no school. Which usually leads to Zeqs better days, he doesnt have to leave his room, nor does he even have to put a shirt on so usually a win win.

Not so much today. He has had more and more headaches over the last few weeks, yesterday he had a meltdown because there was a bee in his room. Then to today…

Well today brought refusal to eat anything. Usually just one food.. nope today no breakfast, snack, lunch, or snack. Wanted no part of it. He did eat dinner. We brought out our ace.. french fries tater tots and onion rings. He ate finally this evening. These days his foods are very few and far between. Spaghetti is about it. He randomly picked up poptarts for a few days, but they ended as fast as they began. So our choices are very limited.

Our friends Johnny, John, Jeffrey, and Henry made appearances as well. They come everyday many days more than once.

Then he fell down the steps. Not a lot of steps and wasnt hurt so that was a good thing.

Then came the elves project, he came out of his room without an argument, he waiting for Rylee to open it, and then we played bingo. Not the B-3 bingo, but Christmas pictures bingo, he worked real hard putting his pieces in the right spot. No he didnt win, but it didnt matter. He got 3rd.

For those minutes he played bingo without a fight. So it is a big accomplishment for the day he has had.

So we will take it as a win. These elves are more than dolls, they are a staple of our Christmas. To some it may seem small, meaningless, or even dumb. Some say why you start so early?!?! I say I why not?! I say I wish I could do all year. We could do projects every evening yea, but Zeq sees these elves as something more than just a project. Because doing one of their projects is so much more than doing “just a regular project”

Not everyday is a great day, but in the same token not everyday is bad, because if you have one good moment with Zeq than it is always a good day.

As we always do 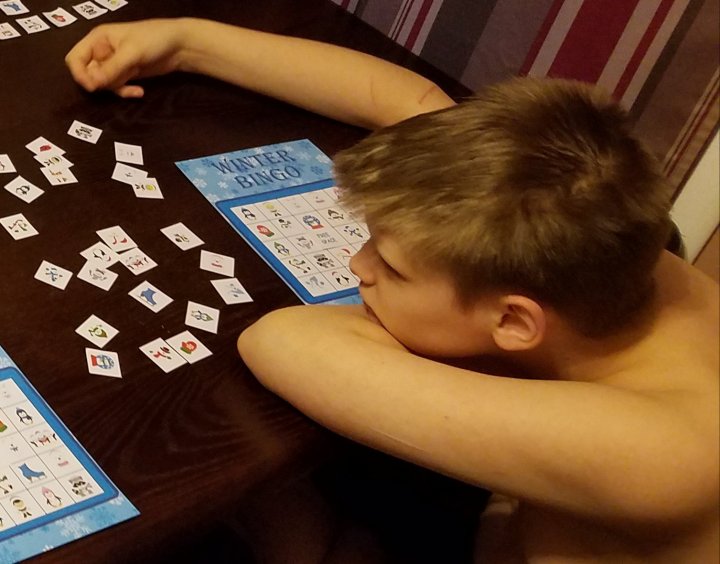