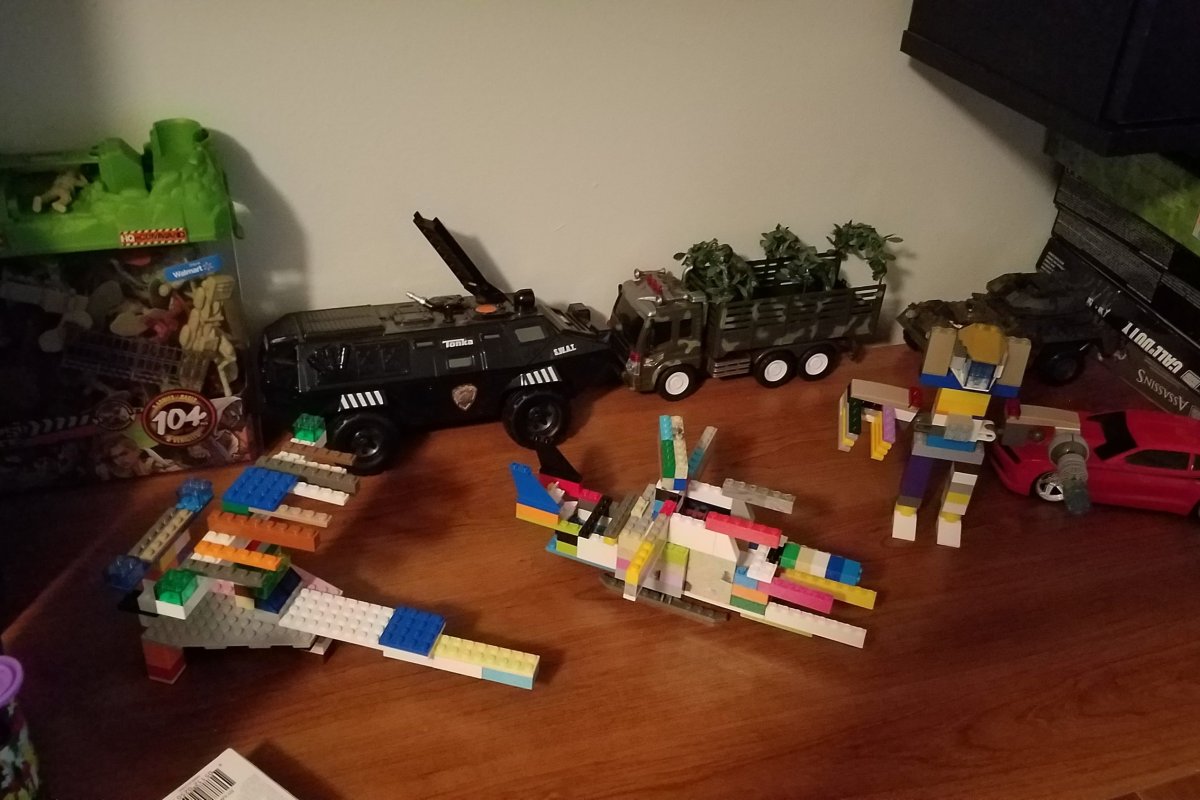 So last night we no longer eat salisbury steak.. yes we melted down..yes we had a different personality(new one), yes there was crying, screaming, throwing.. but guess what else.. we all survived. Zeq did calm after about an hour, he proceeded to take almost an hour long bath which resulted in a whole bottle of body wash being used. Because as he says m is for mangoes.. what that means is…. I have no clue but he is clean.

During meltdowns, we try and stand back and let it run its course as much as possible.. because it wont be over until his body says so. The least amount of physical interaction the better for all parties involved. Mainly me. But we do have rules and boundaries, because we do have other children. Just because of a disability doesnt mean we have things that must be followed.

The rules are mainly to protect others that are near, and other peoples property. They are as follows hit something that doesnt belong to you it is 1/2hr offline(life revolves around internet) hit another person 24hrs offline. It doesnt change from kid to kid. That is for them all. So during Zeqs meltdown thing were hit. So he lost minutes. Usually if can get him redirected the quicker the better. It really depends on who is there personality wise. Something after the dust has settled, he plays with his cars, sometimes he just cries, and most of time he builds with legos. Like last night. After bath and personality leaving. The normal speel went on because he had no idea what happened. We showed him and explained why he got minutes(not that it mattered to him, he doesnt understand and is mad) after recalming down he built somethings with his legos. Legos are usually a very good tool for Zequal they take his mind off of things. He built some sort of ship, base, and he recreated a guy off of his game liberty prime. He talked to himself while doing it.. he reassured himself or his personality that they were doing a good job. At the end of the night he was pretty proud of what he just built. Now hopefully they dont fall apart..

Everyone in life copes with things differently, everyone redirects differently, not any two people are the same. I can promise you our household life is way differently than most. We can have meltdowns one minute, and be cleaning up a gallon of tea the next. But the thing is we keep on keeping on. Yes it is tiring.. sure is.. is it fun… not all the time.. is it worth it absolutely!!!

At the end of the day we just need a big bucket of legos to build with it. Those legos get us through the whole day worth of despair. So when you have a bad day, or when you can’t make salisbury steak anymore.. just build something. The dishes can wait, laundry will still be there, I promise.

Life isnt about figuring it all out today, its about getting through today the best we can.